Store solar energy seasonally and on large scale in the form of hydrogen, use existing infrastructure – for a secure renewable energy landscape

In the lead project "Underground Sun Storage 2030" (USS 2030), the safe, seasonal and large-scale storage of renewable energy in the form of hydrogen in underground gas reservoirs is being developed. In addition, all partners involved in the project will jointly gain valuable technical and economic knowledge for the development of a secure hydrogen supply.

In this research project, the only one of its kind in the world, renewable solar energy is converted into green hydrogen in a climate-neutral way by means of electrolysis and stored in a pure form in former natural gas reservoirs. Until 2025, interdisciplinary technical-scientific investigations for the energy future will be carried out under real conditions at a small former natural gas reservoir in the municipality of Gampern (Upper Austria) under the leadership of RAG Austria AG together with the project partners – Axiom Angewandte Prozesstechnik GmbH, Energie AG Oberösterreich, Energieinstitut an der Johannes-Kepler-Universität Linz, EVN AG, HyCentA Research GmbH, K1-MET GmbH, Vienna University of Technology, University of Natural Resources and Life Sciences, VERBUND, Verein WIVA P&G and voestalpine Stahl GmbH. A customised research facility will be built for this purpose. These investigations will be complemented by the development of suitable processing technologies, the modelling of future energy scenarios and techno-economic analyses. The project is funded within the framework of the RTI initiative "Vorzeigeregion Energie" of the Climate and Energy Fund, endowed with funds from the Ministry of Climate Protection (BMK). "USS 2030" was successfully submitted within the framework of the "WIVA P&G" showcase energy region and is now starting.

"Innovative storage of renewable energy will play an important role on the path to climate neutrality by 2040. Climate-friendly innovations are an important tool for more climate protection overall. We support Austrian innovations that contribute to this goal and will be especially important in industry and in parts of heavy goods and air traffic," says Climate Protection Minister Leonore Gewessler.

Theresia Vogel, Managing Director of the Climate and Energy Fund: "Hydrogen is currently a very dynamic global research field. With WIVA P&G and the project management by RAG Austria AG, we have strong partners when it comes to advancing green hydrogen applications through innovation - so every funding euro is multiplied."

"Hydrogen is the missing piece of the puzzle for a completely CO2-neutral energy system: it can be produced in a climate-neutral way, used directly in industry, produce environmentally friendly heat and electricity, and represent a fuel of the future. But the decisive factor is its large-scale storage and transportability in the existing almost invisible gas infrastructure. Only in this way will we have sufficient and, above all, demand-oriented green energy available even in times of low sun and low wind," says RAG CEO Markus Mitteregger, emphasising the importance of energy storage in geological gas reservoirs and its distribution.

Hydrogen can be stored in natural gas reservoirs

Building on this, the project "Underground Sun Storage 2030" is now moving to the real scale and - under the leadership of RAG Austria AG - is investigating the storage of pure hydrogen, generated from solar and wind energy, in former natural gas reservoirs as part of a field trial. Together with renowned partners from industry and the Austrian research community, the project is also investigating other aspects related to stored hydrogen. This includes, for example:

In order to be able to achieve the climate targets and a significant reduction in CO2, reductions are needed in the entire energy sector. In addition, affordability and security of supply must be maintained. Without gaseous energy carriers and the associated storage capacities, the energy transition is not possible.
Modelling of the future overall energy system shows that in Central Europe in particular there will be a large surplus of renewable energy in the summer months due to the expansion of renewable electricity generation.
On the other hand, there will be a massive power shortfall in the winter months due to the lower solar radiation and the low water flow on the one hand and the significantly higher energy demand on the other.
In Austria, we therefore see an increased divergence between electricity supply and demand, both selectively and seasonally. The transmission system operator APG assumes a seasonal shift requirement of 10 TWh/a (terawatt hours per year) for 2030.

Project manager RAG Stephan Bauer: "The challenge of a secure power supply in winter becomes even more obvious as the electrification of the heating sector increases."

It can be assumed that this power shortfall cannot always be easily covered by imports, as Austria's neighbouring countries are facing similar challenges. Energy must therefore be stored in large quantities (on the scale of several TWh) in summer so that sufficient green energy is available for electricity, heat and mobility in winter. Storable gaseous energy carriers, such as hydrogen, are an outstandingly suitable technology for covering this annual storage demand.
For a rapid and realistic conversion to a climate-neutral energy supply, it is therefore necessary to convert surplus solar and wind power into gaseous energy carriers such as hydrogen that can be stored in large volumes and seasonally.

The worldwide unique project "Underground Sun Storage 2030" will provide valuable insights into the seasonal storability of renewable energy in the form of hydrogen, not least due to the field test. It is part of the energy showcase region WIVA P&G and an important step for the development of a secure hydrogen economy. The use of underground gas storage for hydrogen storage is also included in the Long-Term Strategy 2050 – Austria according to Regulation (EU) 2018/1999 of the European Parliament and of the Council on the Governance System for the Energy Union and Climate Change. The project is funded under the Energy Research Program of the Climate and Energy Fund. 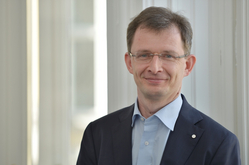 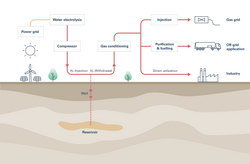 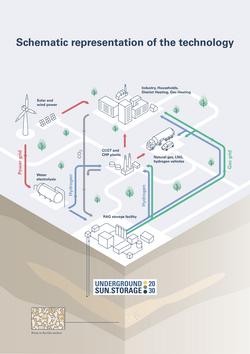 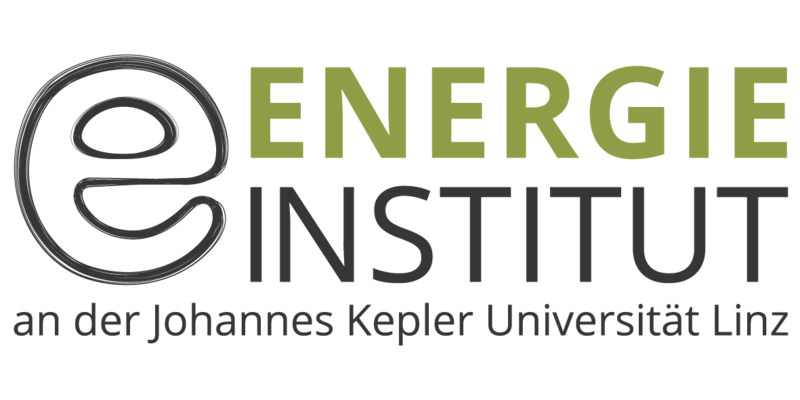 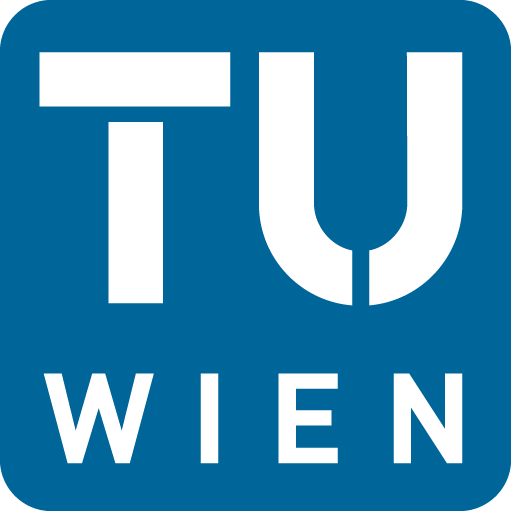 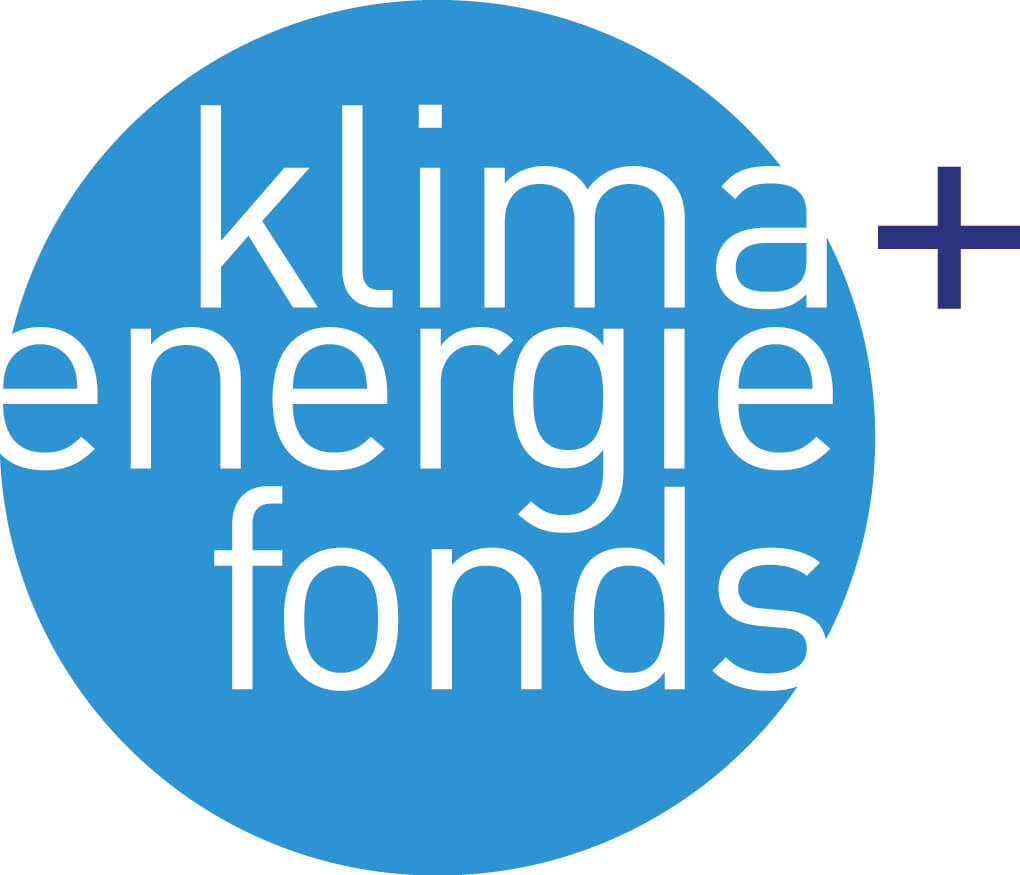